Crown Consult was commissioned by the Dubai Road and Transport Authority (RTA) to expand travel choices in the emirate by improving access to and connectivity between various transport modes. The initiative is intended to support RTA's goal of increasing public transport mode share to 30% by 2030 (from a baseline of 16% in 2016).

The measures were concentrated within a 500 m radius of 10 Metro Stations and three Marine Transport Stations and took into consideration accessibility for pedestrians, cyclists, and the mobility impaired, and the need for efficient interchange between all travel modes,including car. 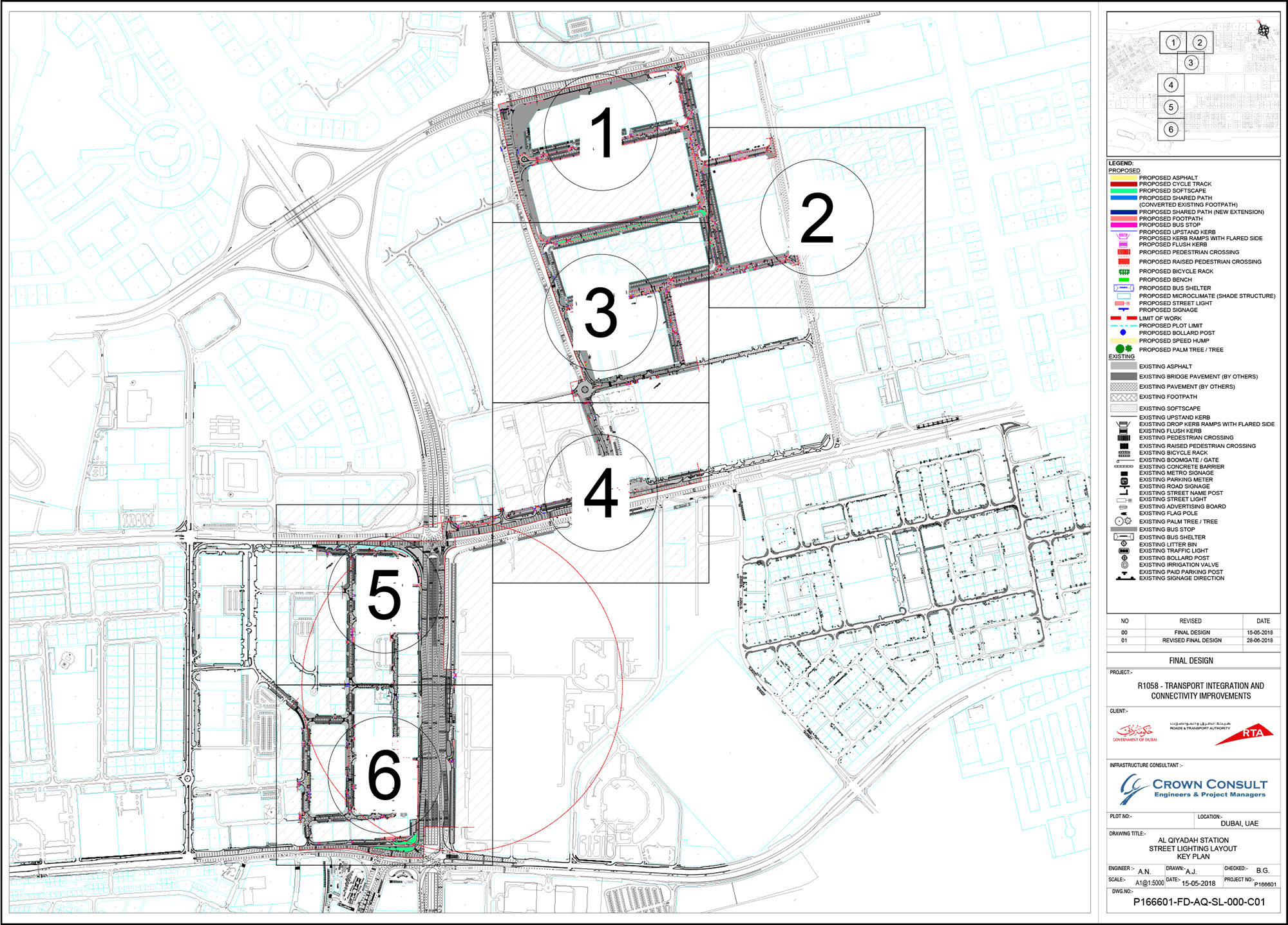 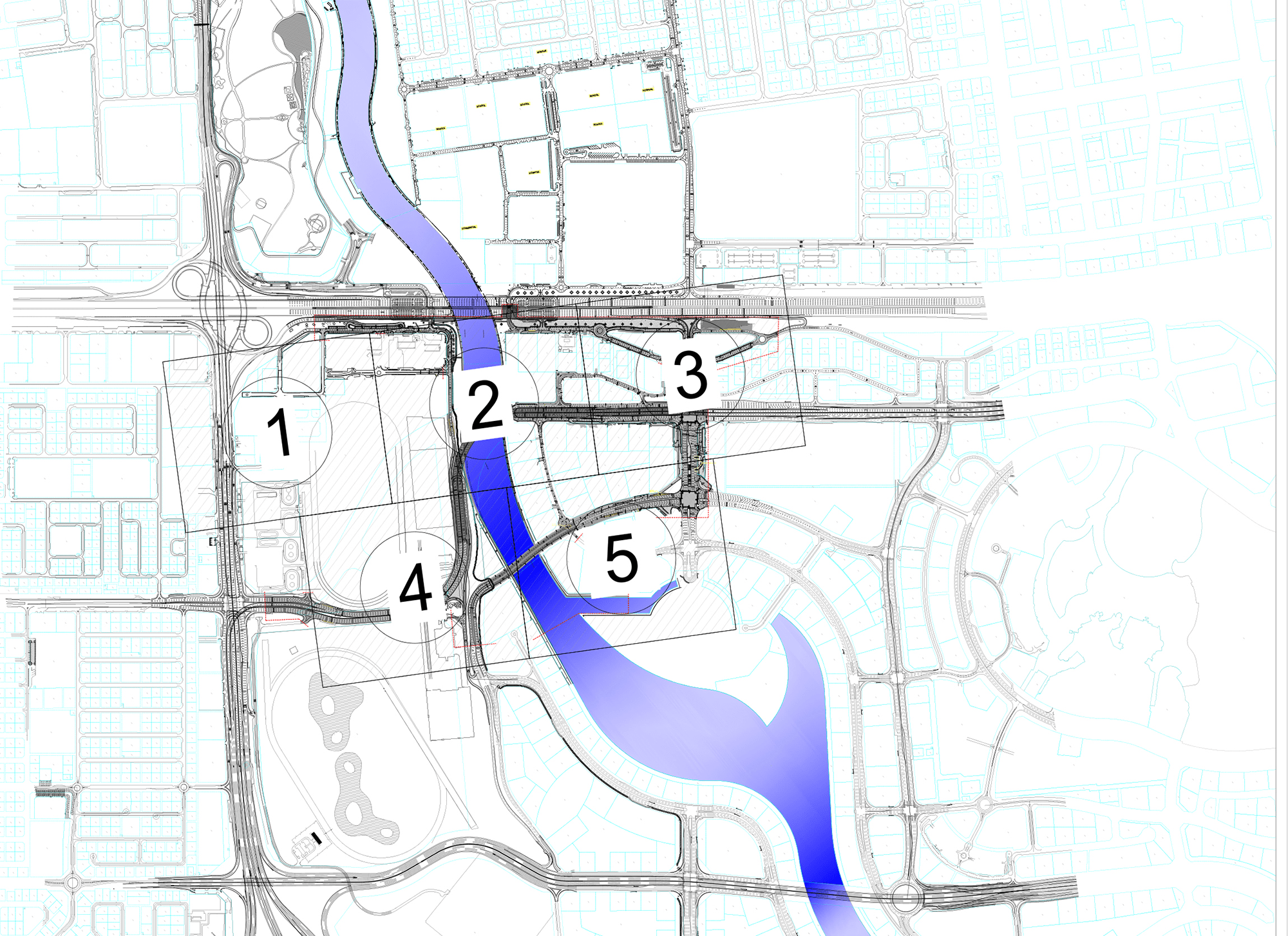 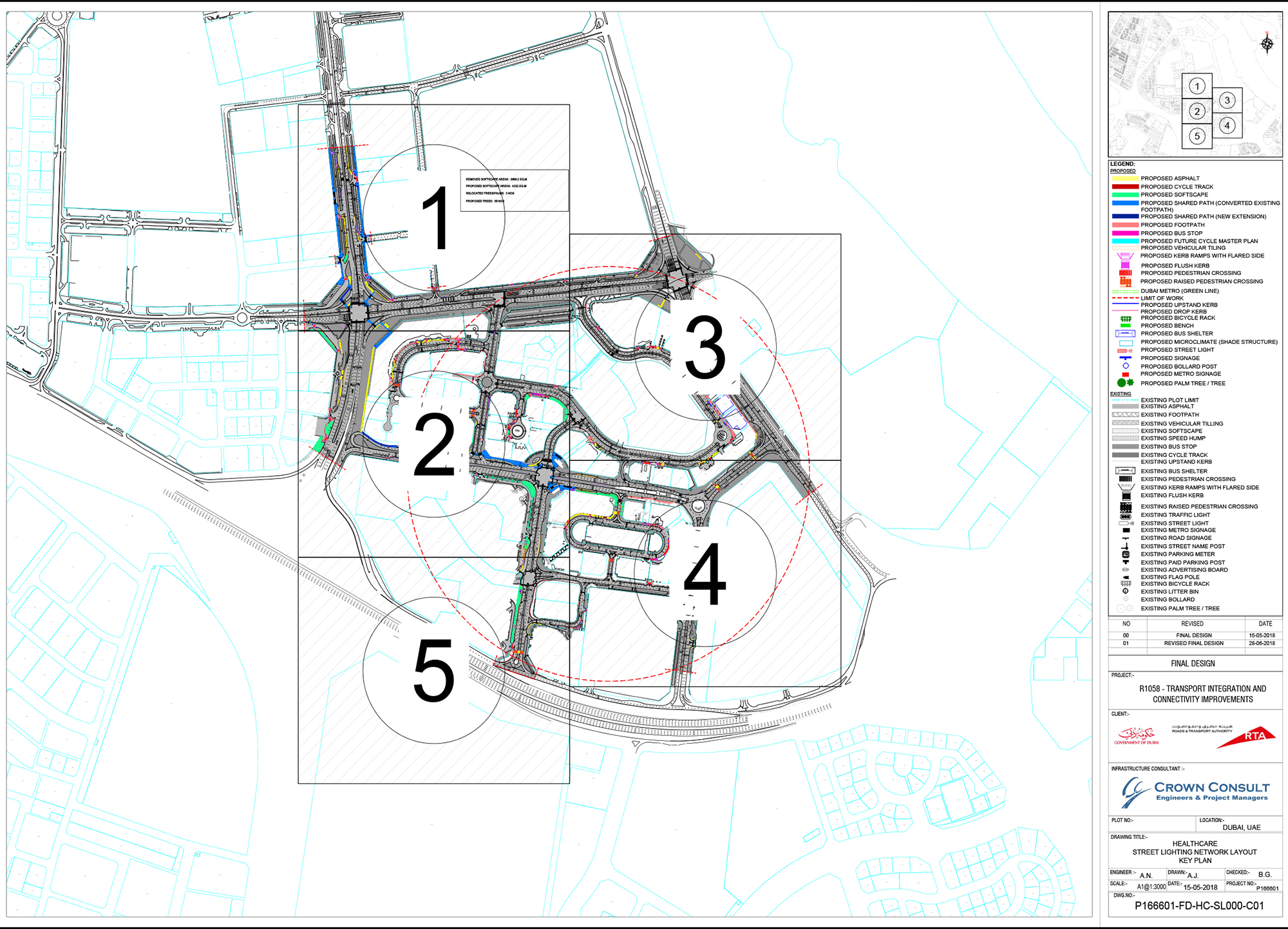